What is a Lutheran? 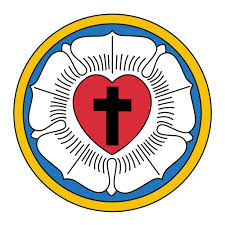 Lutherans are Christians who follow the teachings of Martin Luther (1483 –
1546). Luther was a German theologian who realized that there were significant differences between what he read in the Bible and the practices of the Roman Catholic church at that time. On October 31, 1517, he posted a challenge on the door of Wittenberg University, titled “95 Theses” (to debate 95 theological issues). His hope was that the church would reform its practice and preaching to be more consistent with the Word of God as contained in the Bible.

What started as an academic debate escalated into a distinct separation between the Roman Catholic church of the time and those who accepted Luther’s suggested reforms. “Lutheran” became the name of the group that agreed with Luther’s convictions.

We are saved by the grace of God alone — not by anything we do;

Our salvation is through faith alone — a confident trust in God, who in Christ promises
us forgiveness, life and salvation;

The Bible is the norm for faith and life — the true standard by which teachings and doctrines
are to be judged.

Lutherans are part of a reforming movement within the whole Christian church; as a part of practicing their faith, the Evangelical Lutheran Church in America and its predecessors have engaged in ecumenical dialogue with other church bodies for decades. In fact, the ELCA has entered into cooperative “full communion” agreements (sharing common convictions about theology, mission and
worship) with several other Protestant denominations, including: